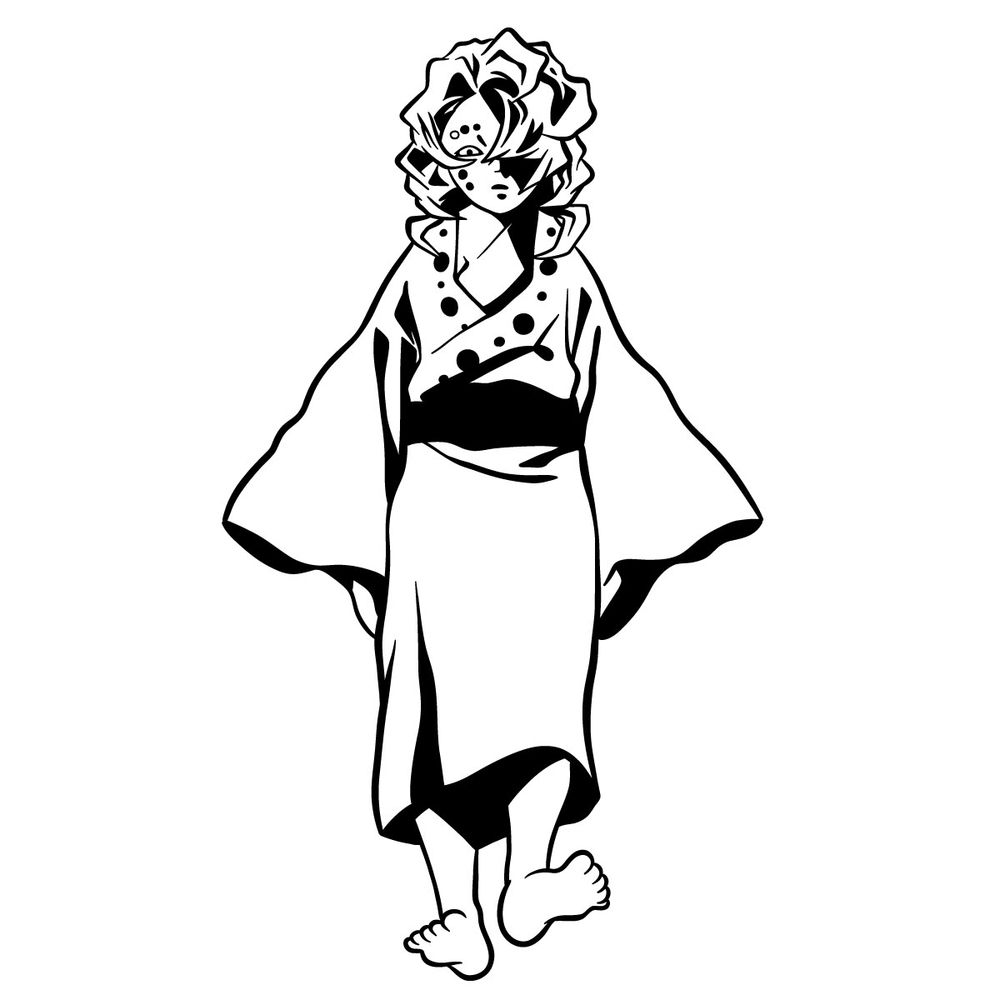 Want to learn how to draw Rui from Demon Slayer? You’re in luck! In this tutorial, we’ll walk you through the steps needed to create an accurate portrayal of the character. Stay tuned for tips and tricks on shading and adding depth to your drawing. Let’s get started!!

Rui is one of the main antagonists of the anime series, Demon Slayer, a member of the Twelve Kizuki, demons who ate humans and killed many people. He is a powerful demon who takes great joy in tormenting and killing humans. However, Rui is not simply a monstrous villain; he is also a tragic figure. As a young demon, he was relentlessly bullied by his peers and ostracized by society. In response, Rui turned to violence and hatred, swearing revenge on all humanity. While Rui is undoubtedly evil, it’s easy to see how he became the monster he is today. In many ways, he is a victim of circumstance, a product of the cruelty and injustice that he has experienced in his life. Consequently, Rui serves as a reminder that even monsters can be sympathetic

Some interesting information about Rui before drawing

Being cruel, he kills people without hesitation. However, he does have a soft spot for his younger sister, Setsuka. He always tries to protect her and helps her whenever she’s in trouble. Even though Rui is a demon, he truly cares for his sister and would do anything for her. In a way, his relationship with Setsuka shows that there is some good in him.

Tanjiro vs Rui was definitely one the best fights in Demon Slayer. It had absolutely everything: great animation, intense action, and high stakes. Tanjiro was fighting for his life against a powerful demon, and Rui was determined to prove his strength. The two of them went all out, and the result was an incredibly suspenseful and thrilling battle. Every step of the fight was exciting, and the final few moments were particularly intense. I don’t think I’ve ever seen such a well-crafted and thrilling fight scene in any other anime.

So, let’s now learn how to draw Rui from Demon Slayer!

Drawing Rui was a fun and rewarding experience. I hope you feel the same way! He’s an interesting character with a lot of personality, so I encourage you to give him a try. Remember, practice makes perfect, so keep at it and you’ll be able to draw any character from Demon Slayer in no time. How do you feel about Rui? Do you have any questions or suggestions for future tutorials? Let us know in the comments below!

How to draw Lord Tengen’s face

How to draw Kamanue’s face

How to draw Kyogai’s face

How to draw Tanjiro’s face

How to draw Zenitsu’s face

How to draw Inosuke’s mask