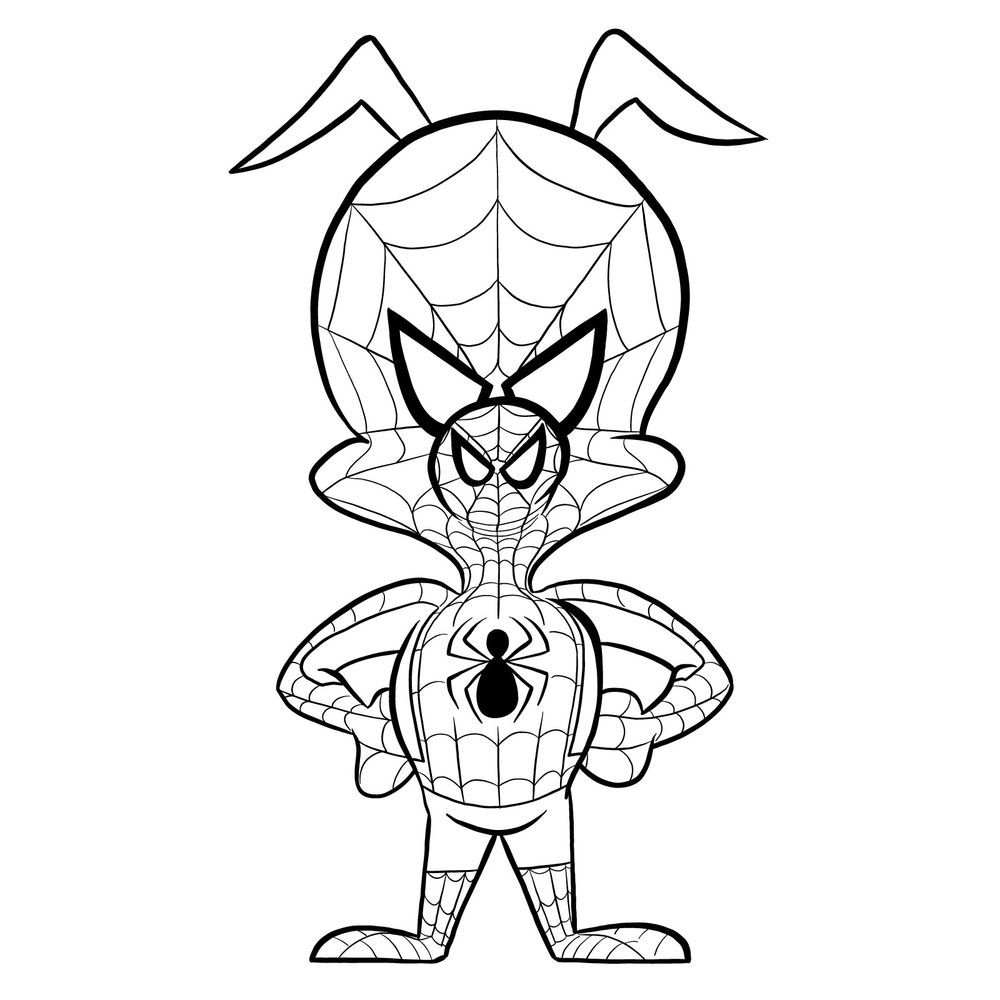 Most people know Spider-Man, the web-slinging superhero who battles villains in New York City. But have you heard of his predecessor, Spider-Ham? This guy is armed with nothing but a sense of humor and some impressive drawing skills. In this tutorial, we’ll show you how to draw Spider-Ham using simple shapes and lines. Let’s get started!

Spider-Ham is a superhero who appears in comic books published by Marvel Comics. The character was created by writer Mark Marsdale and artist Tom DeFalco, and first appeared in the one-shot comic book New Yourk Comic Convention Special #2 (May 1984). Spider-Ham is a parody of Spider-Man, and his adventures often spoof elements of the Spider-Man comics. However, the character has also been shown to exhibit heroic qualities, and has even teamed up with Spider-Man on occasion. Despite his comedic nature, Spider-Ham is a popular character, and has appeared in various forms of media including video games, animated television series, and feature films.

A little about the tutorial

Drawing is a great way to improve your artistic skills. Drawing guide of Spider-Ham can be very useful because it will help you understand the proportions of the character and how to draw him correctly. It can also be helpful to see how other artists have drawn him in the past. When you are looking at a drawing guide, pay attention to the details and try to replicate them as best as you can. With practice, you will be able to create your own unique version of Spider-Ham.

Conclusion paragraph: So there you have it, your very own Spider-Ham. Who knew drawing could be so fun (and a little bit challenging)? We hope you enjoyed this tutorial and will give drawing Spidey another try. Feel free to experiment with different poses and expressions – the possibilities are endless! Let us know in the comments which version of Spider-Man is your favourite (or if you’re feeling extra daring, draw them all). Until next time, happy doodling!

How to draw Rocket Raccoon

How to draw Black Panther superhero in battle rack

How to draw Ghost Rider with a hellfire chain

How to draw Marvel’s Wonder Man

How to draw Rachel Summers the Phoenix mutant

How to draw Jubilee mutant from X-Men series

How to draw Wolfsbane, a mutant from X-Men series

How to draw Star-Lord from Guardians of the Galaxy

How to draw Invisible Woman from Fantastic Four

How to draw Mystique in full growth

How to draw Yondu Udonta

How to draw Jean Grey the Dark Phoenix

1 thought on “How to draw Spider-Ham”