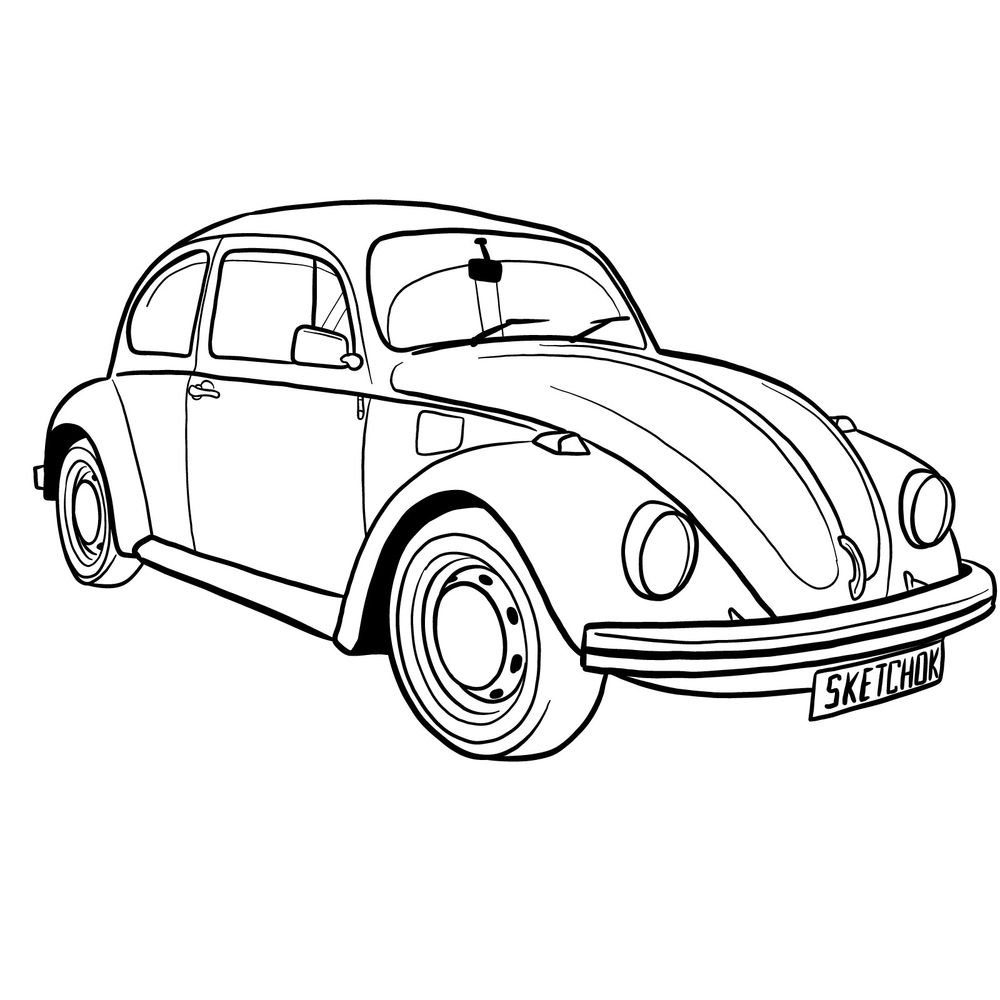 Do you love drawing cars? In this blog post, we are going to show you how to draw a Volkswagen Beetle 1972. We will walk you through the steps with pictures and illustrations so that you can create your own masterpiece. Whether you are a beginner or an expert, this tutorial is for you! So let’s get started!

The Volkswagen Beetle, also known as the Volkswagen Bug, is a two-door, rear-engine economy car, intended for five occupants (later, Beetles were only allowed four people in some countries), that was manufactured and marketed by German automaker Volkswagen (VW) from 1938 until 2003. The need for this kind of car, and its functional objectives, were formulated by Ferdinand Porsche (1875–1952). The car was created to be an affordable one that would enable the German working class families to afford a car. In 1934, with other machine makers being asked to produce a “people’s car”, Porsche produced the Type 12, or “Auto für Jedermann” (car for everybody) for Zündapp. Although it was one of several front-engined cars designed for inexpensive family motoring offered on the German market during that time that followed similar designs such as contemporary Fiat 500 (“Topolino”) and Austin 7 (“Baby Austin”), the Volkswagen Beetle 1972 is notable for having become perhaps the most iconic automobile of the 20th century.

Let’s create our own Bug

In this tutorial, we’ve shown you how to draw the Volkswagen Beetle 1972. We hope you enjoyed the process and that your rendition turned out as great as ours! What classic car is your favorite? Let us know in the comments below.

How to draw Mercedes-Benz 300SL Gullwing

How to draw Ferrari 250 GTO

How to draw Jeep Wrangler Rubicon

How to draw the 2020 Honda Odyssey Elite

How to draw a Rally Fighter car

How to draw Dodge Challenger 1971

How to draw Dodge Challenger 1970