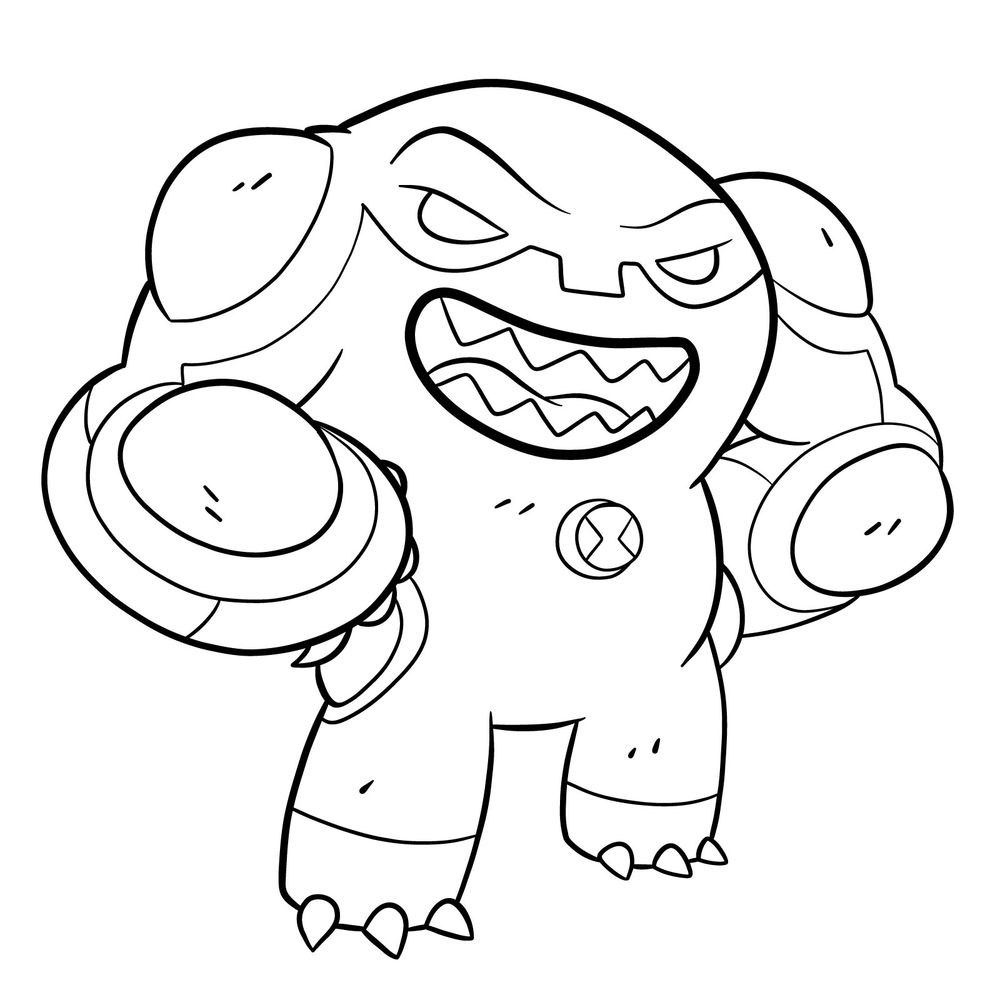 Pencils at the ready? In this tutorial we’ll show you how to draw Cannonbolt from Ben 10 Omniverse. This alien warrior is a favorite among fans of the show, and with our easy steps you can create your own version of him in just a few minutes! So let’s get started!

First introduced in Ben 10: Alien Force, Cannonbolt is the Codon Stream’s DNA sample of an Arburian Pelarota from the planet Arburia. He is a Petrosapien, a petrochemical-based extraterrestrial lifeform with a rock-like exoskeleton. Unlike most Petrosapiens, Cannonbolt’s transformation is involuntary and he cannot revert back to his normal form at will; this puts him at a disadvantage when fighting other Petrosapiens and granting him immunity to things that would otherwise affect normal Petrosapiens such as Phosphorus Bomb’s explosion. When turned into diamond oranother rock-like substance, he is nearly indestructible. He can curl into a ball and roll at high speeds to attack enemies or to travel long distances quickly. He can also use his hard shell to protect himself and others from harm. In addition, he has enhanced strength and can generate small explosions by clapping his hands together. As one of Ben’s first alien forms, Cannonbolt has appeared in many episodes and has played a major role in several story arcs. He is also one of the few forms that Ben has used in all five series. The following is a step-by-step guide on how to draw Cannonbolt from Ben 10 Omniverse. Although the instructions are specifically for drawing Cannonbolt in his mutated form, they can easily be adapted for drawing him in his human form as well. Happy drawings!

How to draw Rook Blonko from Ben 10

How to draw Kevin Levin

How to draw Rath from Ben 10

How to draw Swampfire | Ben 10

How to draw Alien X from Ben 10

How to draw Heatblast from Ben 10

How to draw Humungousaur from Ben 10

How to draw Gwendolyn Tennyson (OS1)

How to draw Diamondhead (Omniverse Reboot)